The Return of Bridgerton, A Love Affair With Lakes & The Best Costume Drama Locations To Visit 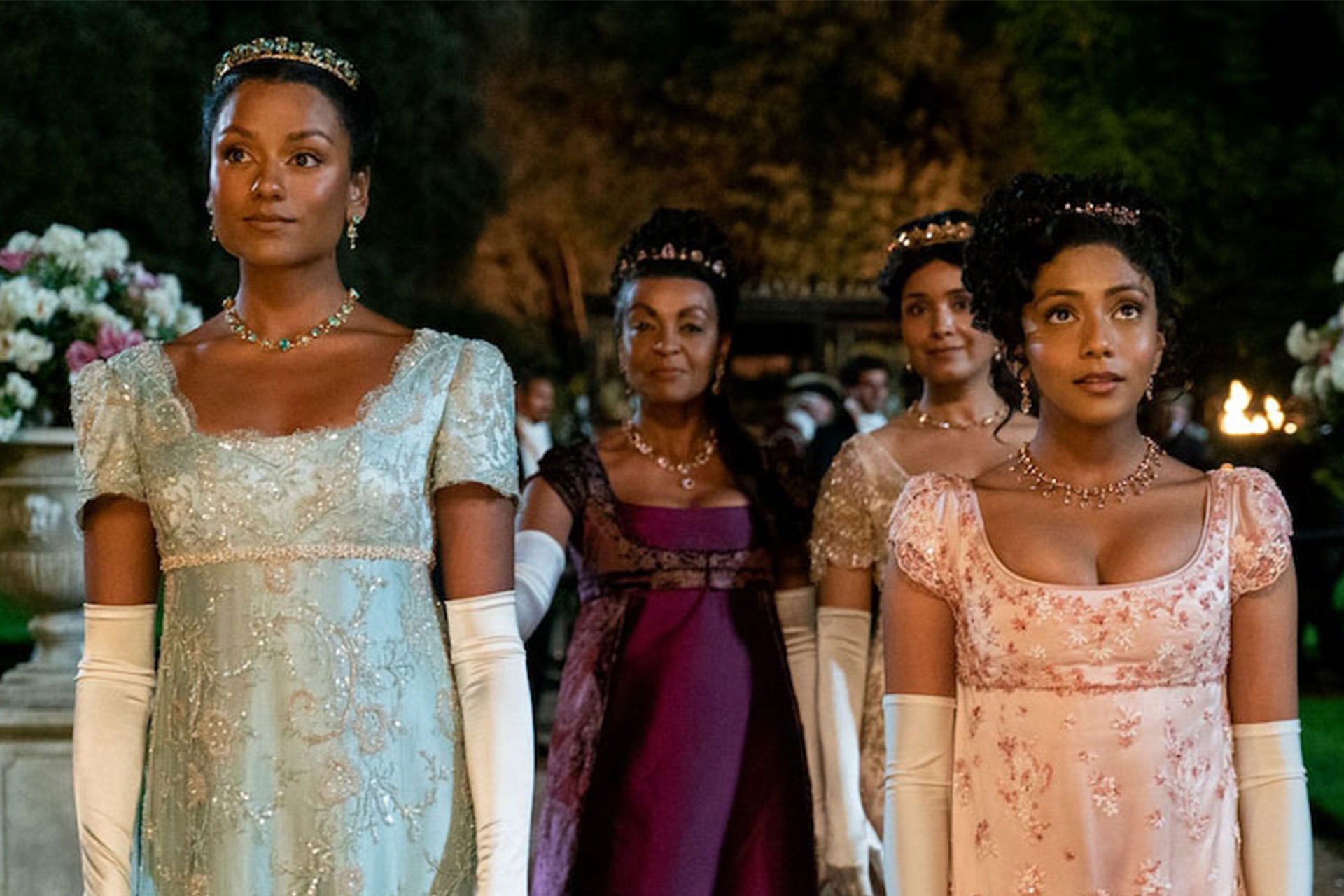 Dearest Reader, the Season is upon us once more and withit sees the return of the fun, frivolous, opulent, sparkling romance that is Bridgerton…

Friday the 25th of March welcomes back a second season of, “Netflix’s most-watched show of all time.”  Netflix confirmed that, “in its first 28 days of release, the Regency drama had been viewed by 82 million households, far exceeding the 63 million that Netflix predicted.” What made this whimsical story such a hit? How did a book of moderate readership become an adaptation of cult following and why would a water park be relevant to a costume drama? For one thing, timing is everything.

When season one of Bridgerton was released on Christmas day 2020, households across the UK were in the midst of a very different Christmas period. Government rules and guidelines had stated that households should not socialise over Christmas and then, in most places across the UK, that meant you could not mix with other households indoors, including on New Years’ Eve. In the midst of a global pandemic, morale was ebbing, loneliness was rife and so was strain, tension and boredom. Enter a shimmering mirage of escapism – Bridgerton. With its glistering costumes, pithy script, captivation lovers and spectacular sets and locations, the TV series was an unexpected antidote. The adaptation felt like a palate cleanser after something bitter.

Frothy as candyfloss and deliciously moreish, Bridgerton waved a pastel-hued flag and heralded a new era of colour-blind casting.  Jinny Howe, vice-president of original series at Netflix, believes that it is this inclusivity that boosted the show’s success,“the empowerment of people of colour and women made Bridgerton feel accessible and contemporary, resonating with audiences all around the world.” It is not the first costume drama to have expanded its cast sheet from pearly white that washed away and removed people of colour from both history and dreamy fantasy. Andrea Arnold’s 2011 earthy and brilliant adaptation of Emily Brontë’s 1847 novel, Wuthering Heights, “casts Solomon Glave and James Howson as younger and older incarnations of Heathcliff — the first time the Byronic hero has been played by Black actors”. However, this is not an entirely ‘blind’ casting, as the choice of casting actors of colour for the role reflects the character in the book. Afterall, the infamous Heathcliff resembles the other great antihero, Shakespeare’s Othello, “The Moor”. Both are charismatic, brilliant men, who suffer with wild jealousy and – spoiler alert –  ‘kill’ their elegant, white lovers.

I was brought up in the ‘golden-era’ of costume drama. Between the BBC video then DVD box sets and the reign of Merchant-Ivory, I was fed on a diet of cosy costume dramas.  My Mum even named our dog, “Mr Darcy” because she thought his dark curly locks and big, brown, cocker-spaniel eyes were reminiscent of Colin Firth, in the BBC adaptation of Pride and Prejudice. How my Dad put up with us, I really don’t know. Our Mr Darcy was badly trained, greedy and a little bit stinky. My mum found it endlessly funny to tell people that, “he just loves diving into lakes.”

This hilarious remark is a nod to a costume drama moment so memorable, so iconic that its legacy can be seen in countless costume dramas that have followed. The 1995 BBC adaptation of Jane Austen’s Pride and Prejudice reigns on almost every top-costume drama ranking list. As The Guardian puts it, “chiefly for the remarkable chemistry created by the leads Jennifer Ehle and Colin Firth as Elizabeth Bennet and Mr Darcy…most notably in a scene in which Darcy emerged from a lake in a drenched shirt.” This scene is the culmination of simmering tensions between the two leads. Set on a boiling hot day, Mr Darcy cools off his sweating heat and burning love for Elizabeth Bennet by stripping off his jacket, loosening his colour and diving, headfirst, into a big, beautiful lake. A refreshed and relaxed Mr Darcy, strolls away from the lake at his home and walks right into a shocked Elizabeth Bennet. Damp, dishevelled, wet-shirt clinging to his torso, this sent pulses racing byall who viewed it. Elizabeth’s embarrassment at being caught having a tour of Darcy’s estate, the nakedness of Darcy’s relaxed and private moment being interrupted, the vulnerability, the ruffled air, The Damp Shirt – it started a cultural legacy.

The lake diving scene is embedded in cultural connections with Jane Ausen and other Costume dramas. From the same scene deliberately recreated by Austen mega-fan in ‘Lost in Austen’ to Joe Wright’s 2005 production of Pride and Prejudice. Knowing the allure and audience expectation of a scene akin to the lake scene, this Mr Darcy first passionately declares his love to an equally caught-off guard Elizabeth Bennet, whilst being drenched and soaking wet from a downpour. Then, as the film reaches its final, Mr Darcy appears to Elizabeth through the morning mist, dishevelled, hair tousled, ender-dressed, dew-damp shirt near translucent and clinging to him as the pair at last acknowledge their mutual love. With season 2 of Bridgerton premiering on the 25th of March, their answer to the burning question whether or not  it can reclaim the number one spot, seems to be to recreate the now legendary Mr Darcy lake scene. It is no coincidence that the trailers for season 2 show their leading male love interest tumbling into the water in front of his love interest and emerging, wet shirt now see through and clinging to his body. Bridgeron is many things but it has never claimed to be subtle.

At Dorset Adventure Park, we know a thing or two about lakes. Will you be permitted to dress up as a Regency era gent before diving into one of our lakes? No. Will you be able to leap in, cool off from any built-up tension or heat? Absolutely. If you were more of a fan of the grittier, earthier, more visceral costume drama such as the 2011 Wuthering Heights, you might be more of a fan of the mud assault course. As well as visiting our water adventure park, if you are looking for more ideas for your days out, from one lake lover to another, here are five of the best costume drama locations you can visit.

The site of the original lake scene, Mr Darcy’s estate in the 1995 BBC adaptation is actually located at Lyme Park, available to visit via the National Trust.

Another National Trust gem that was used this time in the 2005 adaptation of Pride and Prejudice. The Temple of Apollo, set above the tranquil lake, was used as the location for Mr Darcy’s first and futile proposal to Lizzie. Afterwards an offended Lizzie makes her exit across the Palladian Bridge, also found on the grounds.

Highclere Castle has been famous for years but shot into the stratosphere of recognition once it was used as the location for Downton Abbey. Especially in the UK and the USA, Downton Abbey is regarded as, ‘one of the most popular period dramas of all time’. Visitors are once again welcome at Highclere Castle but are operating under a pre-book policy.

Montacute House is another one for the National Trust and Jane Austen fans. Most recognized for its location during the 1995 adaptation of Sense and Sensibility, featuring Emma Thompsons Oscar winning screenplay. Montacute House has also been the site for The Libertine, starring Johnny Depp and most recently for the adaptation of Hilary Mantel’s book series, Wolf Hall.

Castle Howard is the home of fictional Clyvedon Castle in Bridgerton. Castle Howard is a definite day out material. Waft around like Bridgertons Daphne and Simon, as the castle’s website proudly declares, “generations of the Howard family have welcomed visitors to Castle Howard, one of the great palaces of Europe, for over 300 years and today we extend this warm welcome to you.”

Booking ahead is recommended for all of these sites. You can also book your visit to the best Dorset day out, Dorset Adventure Park at: https://www.dorsetadventurepark.com/bookings/ . Book your ticket and visit our lakes, inflatables and obstacle courses – we will see you there!

A fantastic café conveniently located on the Poole side of the Sandbanks Ferry. All day Breakfasts, Lunch, Great Coffee, Eat-in or Takeaway.

Find Out More
We use cookies on our website to give you the most relevant experience by remembering your preferences and repeat visits. By clicking “Accept”, you consent to the use of ALL the cookies.
Cookie settingsACCEPT
Manage consent

This website uses cookies to improve your experience while you navigate through the website. Out of these, the cookies that are categorized as necessary are stored on your browser as they are essential for the working of basic functionalities of the website. We also use third-party cookies that help us analyze and understand how you use this website. These cookies will be stored in your browser only with your consent. You also have the option to opt-out of these cookies. But opting out of some of these cookies may affect your browsing experience.
Necessary Always Enabled
Necessary cookies are absolutely essential for the website to function properly. These cookies ensure basic functionalities and security features of the website, anonymously.
Functional
Functional cookies help to perform certain functionalities like sharing the content of the website on social media platforms, collect feedbacks, and other third-party features.
Performance
Performance cookies are used to understand and analyze the key performance indexes of the website which helps in delivering a better user experience for the visitors.
Analytics
Analytical cookies are used to understand how visitors interact with the website. These cookies help provide information on metrics the number of visitors, bounce rate, traffic source, etc.
Advertisement
Advertisement cookies are used to provide visitors with relevant ads and marketing campaigns. These cookies track visitors across websites and collect information to provide customized ads.
Others
Other uncategorized cookies are those that are being analyzed and have not been classified into a category as yet.
SAVE & ACCEPT
Powered by

Thank you for your support!

Bookings for 2023 are now available! We are open from the 20th May.

There are no upcoming events at this time.

The Bizarre Brilliance of Bonfire Night

School Term, Half Term and Full Fun Days Out in Dorset